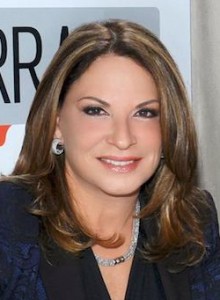 Telemundo announced the multi-year deal, but would not reveal the actual length of the contract.

Before getting her TV start, she was family law attorney in Miami for 20 years. Prior to getting her own show, she participated as an expert lawyer in various television programs, such as “El Show de María Laria,” “El Show de Cristina,” and “América en Vivo.”

There are currently three daily editions of Polo’s show on the air: “Lo Mejor de Caso Cerrado” at 3pm/2c, “Caso Cerrado” at 5pm/4c, and “Caso Cerrado Edición Estelar” at 7pm/6c, which can also be seen in over 21 countries throughout Latin America.

A bit of trivia: Polo composed and sings the show’s theme song.