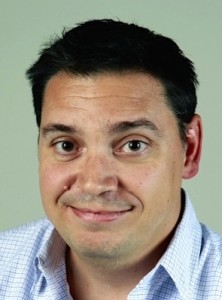 Less than a year after accepting a job at the The Washington Post as Deputy Editor for Mobile Innovation, Ángel Rodríguez is moving cross-country for a new opportunity at the Los Angeles Times.

“I was really lucky to work with some amazing journalists at the Washington Post, but the opportunity to lead the sports department at the Los Angeles Times was too good to pass up. It has set the benchmark for sports journalism for a long time and I hope to contribute to its continued success,” Ángel tells Media Moves.

His last day at the Post is Friday, April 3. After just a weekend break, he starts April 6 as the L.A. paper’s Sports Editor.

Before moving to Washington, he spent two years as Sports Editor of the Cincinnati Enquirer. From 2007 to 2012, he was Home Page Manager of the Arizona Republic, where he also worked as Online Sports Editor.

Ángel previously worked as Senior Editor at ESPNdeportes.com and also spent a year as a Senior Producer at MLB.com.

He began his journalism career as a reporter for EFE News Service in Spain.