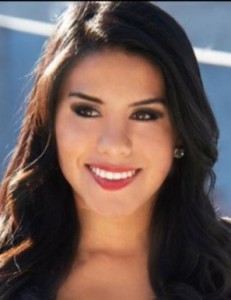 Grecia Figueroa has been named reporter for KBLR-39’s Noticiero Telemundo Las Vegas weekdays at 5:30 and 11 pm.

She joins Telemundo Las Vegas after working as a weekday news reporter for KINC-15 Univision Las Vegas from 2013 to 2015.

She previously worked at KRCA-62 Estrella TV in Los Angeles 2012 as a news reporter for the station’s daily newscasts at 12 and 5 pm.

Grecia is originally from Lima, Peru, but was raised in Los Angeles.