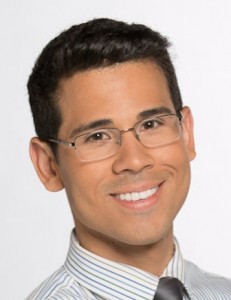 Mario Ramírez has started a new job as morning reporter for KTTV-11, the Fox O&O in Los Angeles.

Mario, who will also be a fill-in anchor, made his debut yesterday morning on “Good Day LA.”

“Fox 11 is a perfect fit for me. The morning show is relevant, energetic, and fun. The entire staff has welcomed me with open arms…Literally,” Mario tells Media Moves. “As for Los Angeles, I couldn’t be happier with the city. Every day there is something new to explore. There’s no doubt I’ll be extremely happy to work here.”

Mario left WCPO in Cincinnati at the end of February. He had been a general assignment reporter for the ABC affiliate’s morning show since 2012.

He began his on-air career as an evening anchor in Macon, GA in 2010.