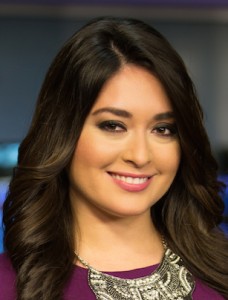 Natalie Pérez is the newest addition to Univision Chicago’s news team. She has been hired as a general assignment reporter at WGBO-66.

She takes over the position left vacant by Érika Maldonado when she was promoted to prime time anchor in January.

Natalie moved to Chicago several weeks ago and began working at the station last week. Viewers will see her on the air starting next week.

Natalie joins WGBO from WVEA-62, the Entravision-owned Univision affiliate in Tampa Bay, where she was a weekday anchor since 2010.

She previously worked in Puerto Rico as an associate Producer for Tele Oro, Channel 13, and a reporter for Mega Noticias, Caribe Visión and Channel 10.