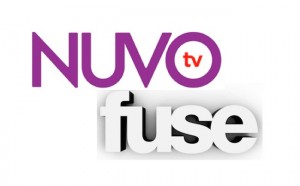 It started out as SíTV in February of 2004 and was rebranded as NUVOtv in July of 2011.

Now, 11 years since its birth and less than a year after the parent company of the Latino-targeted cable network acquired the Fuse music TV network, NUVOtv will disappear.

Fuse Media, Inc. (formerly SíTV Media) today announced the NUVOtv brand will continue to produce and premiere new original programming throughout most of 2015, before being phased out this fall.

A portion of the Latino-themed programming will be absorbed by Fuse. Some of the series, currently in development, that will make its way to use include an unscripted show from Jennifer Lopez’s Nuyorican Productions, another one by Wilmer Valderrama and a scripted, animated comedy from comedian Gabriel Iglesias.

The company also revealed its programming slate for NUVOtv and Fuse, as well as the launch of a new network called FM targeting “the New Young American audience” later this year.

Details and programming of the new network will be unveiled in the next few months.

In development (that will air on Fuse)