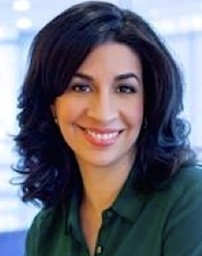 After an 8-year run at the New York Times, Tanzina Vega is leaving the paper to join CNN Politics as a digital correspondent. She’ll continue to be based in New York.

She starts the new job on April 20.

In her new role, Tanzina will be covering the intersection of technology, politics and civil rights leading up to the 2016 presidential elections.

“She’ll look at innovative ways the 2016 campaigns are using technology, the evolution of micro targeting and new twists in voter registration. She’ll also mine the blending of technology and politics beyond the beltway, from grassroots movements to civil rights to hashtag activism on social media.”

Tanzina tweeted about the new job and thanked her colleagues at the NYT.

Working at @nytimes has been an honor. I am grateful to the editors, producers and fellow reporters who have supported me along the way.

During her tenure at the NYT, Tanzina was a web producer, media reporter and national correspondent covering race issues. The paper moved her from that beat in January of this year to cover the Bronx court system as a metro reporter.