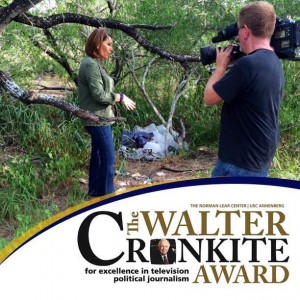 She also visited some of the poorest and most dangerous areas in those countries to witness the deplorable conditions that drive so many locals to abandon their home in search of a better life in the U.S.

“This kind of story is often left out of the immigration debate,” the judges said, praising “balanced and revealing” reporting.

The Walter Cronkite Award for Excellence in Television Political Journalism is a biennial award administered by The Norman Lear Center. The award encourages and showcases journalistic excellence in political coverage, particularly innovative, issue-focused coverage that informs viewers about their electoral choices.