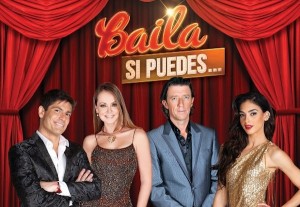 The new show, hosted by Tania Rincón, has 16 celebrities and 16 professional dancers competing for a grand prize.

“Baila si Puedes” is part of “La Hora Ganadora,” a new programming space dedicated to the competition shows on Azteca.

The show will air five days a week. Monday through Thursday will mark the “Encuentros” (“Encounters”) phase with four couples competing each day.

The couple with the lowest score moves on to the elimination round that takes place Sundays and will be the final show of the week.  One contestant will be eliminated and another will replace the competitor leaving the show.