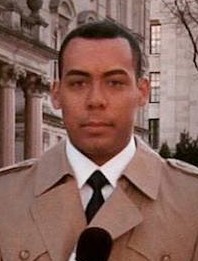 Edwin Pitti is leaving Univision 65 Philadelphia, where he is currently a video journalist. His last day is April 30.

He has accepted a position as a news reporter at WFDC, the Entravision-owned Univision affiliate in Washington D.C.

Before joining the Univision O&O in Philly, he co-anchored Noticias 40, the first local Spanish newscast in North Carolina produced by the Univision affiliate in Raleigh.

The Panamanian journalist is scheduled to start in D.C. during the second week of May.