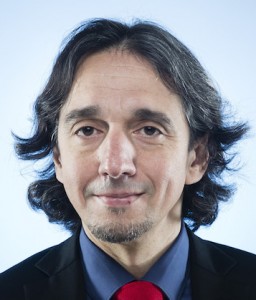 Javier Zarracina will be leaving his job at the Los Angeles Times on April 10 to join Vox.com. He’ll be moving to  Washington, D.C. and start May 1 as the digital media company’s first Graphics Editor.

In his new role, he’ll be creating diagrams, charts, maps and motion graphic videos with other members of Vox, and help Vox with their data visualization capabilities.

“Being the first graphic editor of Vox.com is a great chance to use visual journalism and data visualizations to explain the news and give readers context— which are some of the main goals of Vox.com,” Javier tells Media Moves.

Javier has been working as Data Visualization and Graphics Editor at the LAT since October of 2013, creating infographics, data visualizations and motion graphics for print and online.