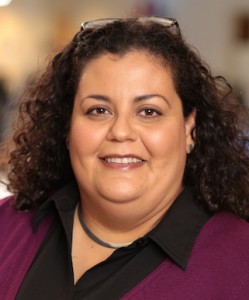 Ana María Lamas has started a new job as Executive Producer at KEYE-TV, the Sinclair-owned CBS affiliate in Austin.

“I’m very excited to be back in Texas,” says Ana María, who oversees both Telemundo and KEYE-TV nightside newscasts since March 30.

She was a News Producer for KXTX-39, before Telemundo eliminated local news in favor of a regionalized newscast produced by the TPC.