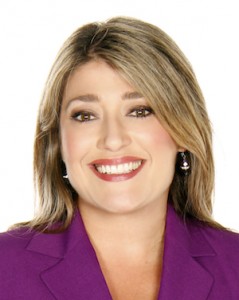 Dawn Page is leaving Los Angeles. She has been hired as Communications Manager at NBCUniverso, the recently renamed mun2 cable network, which has moved its operations from Universal City to Miami to be closer to the headquarters of its sister network Telemundo.

She’ll be reporting to Peter Dobrow, VP of Communications for NBC Universo.

She officially started this past Monday, April 20th in Universal City, but begins in Miami on May 4.

Before joining NBC Universo, she worked as a PR consultant and created content for ¿Qué Pasión?, a bilingual entertainment TV web show for MitúNetwork.

She previously worked as producer/booker for CNN Latino’s “Sin Límites” and as a freelance field producer for CNN’s “The Situation Room” and  Anderson Cooper’s 360.

Dawn began her career as a news producer and on-air reporter for Telemundo in Phoenix. She then worked as a national entertainment correspondent for Telemundo’s “Cotorreando,” before moving to Los Angeles, where she spent time as a print journalist for Spanish-language newspaper. La Opinión.