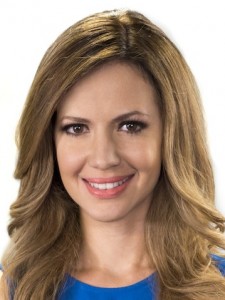 Today, WSCV Telemundo 51 today announced Alejandra has been named weekday news co-anchor for Noticiero Telemundo 51 at 5 and 6 am. Her first day on-air will be July 13.

Alejandra had been tight-lipped on her next assignment at the time of her departure from América TeVé/WJAN, but sources say a deal for a move to Telemundo was already in place when she left the station where she began her on-air career.

Alejandra joined WJAN as a news reporter while still a college student. She was promoted to co-anchor of the 10 pm newscast in 2006, adding co-anchoring responsibilities for the station’s new 6 pm newscast in 2012.