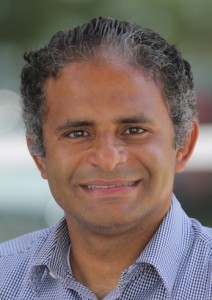 Alfredo Sánchez has been promoted from Executive Producer to Assistant News Director at Telemundo 39 in Dallas, taking over the new role starting today.

A multiple Emmy-award winner, Alfredo has been with Telemundo in several capacities since 1999, first as a producer at KTMD in Houston. He moved to Dallas in 2007 to work at the Telemundo Production Center (TPC), where he was promoted to Executive News Producer two years later.

When the TPC was shut down, he transitioned to KXTX-39 as Managing Editor and Executive Producer.

Prior to joining Telemundo, he was a local news reporter for Diario El Día in Houston.

He started his career in Costa Rica in 1992 as a sideline sports reporter for Radio Victoria.