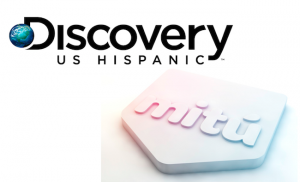 Discovery U.S. Hispanic and mitú network have signed a multiplatform development agreement to produce a slate of original digital and television series around mitú’s most successful social influencers.

As part of this deal, the networks will develop long form series and digital assets in both English and Spanish customized for different social platforms, such as YouTube, Instagram, Facebook, Snapchat, Vine, Pinterest and Periscope.

According to the companies, the programming, which aims to be culturally relevant for Latino millenials, will premiere on Discovery en Español and Discovery Familia with complementing content across mitú’s digital properties.

This deal builds on the success of the two series mitú produced for Discovery Familia in 2014, “Gurús de Belleza” and “Casa Linda,” which grew their respective time slots by 213% among women 18-34.