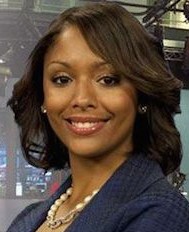 She joins the station from the Action News Jacksonville WJAX-TV and WFOX-TV duopoly, where she has been a general assignment reporter since 2013.

Alyana previously worked as the noon anchor and a reporter at WMDT-TV ABC 47 in Salisbury, MD, where she started her television news career in June of 2010.