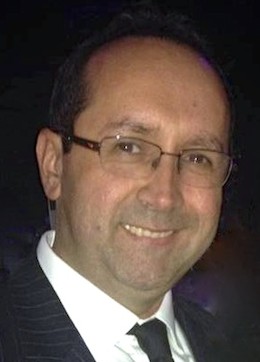 Juan Carlos Pinzón has resigned as Executive Producer for KXTX 39 in Dallas. He had been with Telemundo in several capacities for the past 12 years.

“It was a very amicable exit. NBC Telemundo is a wonderful company,” Juan Carlos tells Media Moves. “It’s been a lot of hard work the past few years, but with excellent results… our late night newscasts ratings have increased… and on a personal level, I won 5 Emmys as a producer for newscasts and special projects.”

Juan Carlos says he’s taking a vacation with his family before deciding what he’ll do next.

Prior to joining KXTX in 2011, he spent 5 years as Executive News Producer for the now-defunct Telemundo Production Center. He previously worked as a news producer for Telemundo Houston and a producer/anchor for Telemundo Denver.

Originally from Colombia, he began his broadcast career in the U.S. as a reporter/anchor for Univision in Denver.