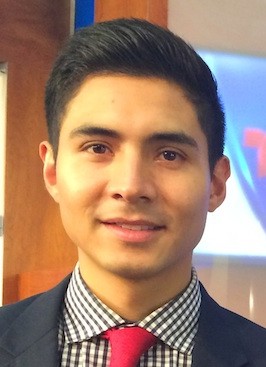 His first day is today.

He began his broadcast career in 2010 as a field producer and reporter at KRCA 62 in Los Angeles.