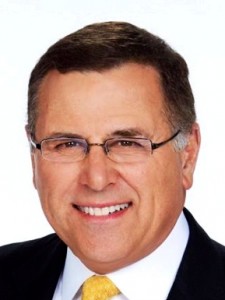 Carlos Amezcua is the new co-anchor of “Good Morning San Diego.” Today was his first day at KUSI.

This marks a return to mornings for the multi Emmy-award winning anchor, who helped launch the KTLA Morning News in 1991. He spent almost 17 years as co-anchor on the show.

A San Diego native, Carlos spent the bulk of his career in Los Angeles.

After KTLA, he took over the 10 pm anchor chair at Fox’s KTTV-11 in 2007. He left in 2013 to start his own company, but shortly after started freelancing for San Diego Fox affiliate KSWB.

Prior to working in L.A., he spent 3 years as an anchor at KCNC in Denver.