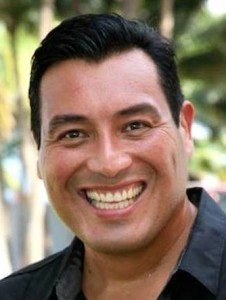 The journalism non-profit announced today it has selected Alberto B. Mendoza “after an exhaustive search across the country.”

He’ll join NAHJ on a part-time basis on August 3 and begin full-time on September 1. He’ll be based in Los Angeles.

“He comes with decades of non-profit experience, exceptional organizational skills, sponsorship building and a history of elevating organizations to the next level,” NAHJ President Mekahlo Medina said in a statement.

Mendoza, however, has no journalism or media experience.

He was most recently Regional Vice President with Jumpstart, a national early education organization. He was previously VP of Development and Marketing for
Floe Financial Partners. Before that, he was Executive Director of the AIDS Service Center in Pasadena and spent two years as President and CEO of the Coalition for Clean Air, a California policy and advocacy organization.

He was also the founding Regional Executive Director for the Drug Policy Alliance of Southern California.

Born in Mexico and raised in Puerto Rico and San Diego, he is fully bilingual.