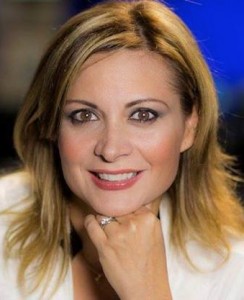 María Rozman is back in the news business. After a brief stint as Director of Hispanic Media for the Hispanic Access Foundation, she is now News Director at WZDC, the ZGS-owned Telemundo affiliate in Washington, D.C.

“I really enjoyed my time working with Hispanic Access Foundation, but when the opportunity to return the Telemundo family became a real possibility, it was hard for me to resist returning to news, which is what I love doing the most,” María tells Media Moves.

“I have a strong background in news, and I feel that it is not only what I like enjoy doing the best, but also what I am meant to do.”

She started the new job on June 15.

Before working for the Hispanic Access Foundation, María was a planning producer for CNN en Español in Washington, D.C. from 2013 to 2015.

She was previously an anchor and news director for KDEN Telemundo Denver.