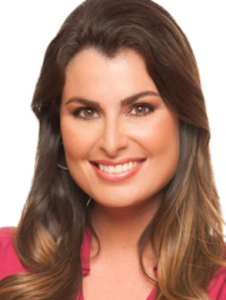 Vanessa Ruiz is leaving her reporter job at KNBC in Los Angeles. In 3 weeks, she starts at NBC affiliate KPNX 12 News in Phoenix as 5, 6 and 10 pm anchor.

“After 14 intense, challenging, and unforgettable months in Los Angeles, life has decided to throw me a curveball and change my path,” Vanessa wrote on her Facebook page after KPNX announced her hire.

“I knew that coming out to L.A. was a focused move towards bigger and better things, I just wasn’t expecting such an opportunity to come my way so quickly. I am humbled. I can honestly say, I am living proof that with hard work, determination and sacrificio, your dreams can become a reality. This is a game changer-and one I am more than ready to take on!”

Before KNBC, Vanessa spent 3 years as a Miami-based news anchor and correspondent for TV Martí Noticias. She previously worked at Miami Fox affiliate WSVN as a reporter from 2005 to 2011.

She got her start at Telemundo as an assignment desk editor, working her way up to producer and later moving to an on-air position as anchor for Telemundo International.