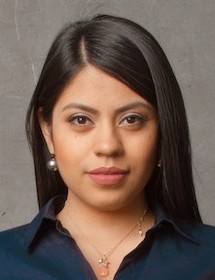 Liliana Salgado has landed her first broadcast job out of college.

She has been hired as a Multimedia Journalist at Entravision-owned KINC-15, the Univision affiliate in Las Vegas.

Liliana, whose  first day on the air was yesterday, will be working weekdays. She’ll be based in Reno.

While at Arizona State University’s Walter Cronkite School of Journalism, Liliana worked as a bilingual reporter for the school’s Cronkite News journalism program, with her reports airing on Arizona PBS and on UniMás.

She also interned at PBS in Phoenix before graduating earlier this year.