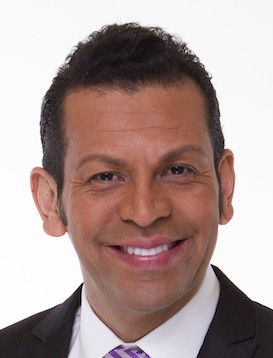 Samuel Rivera has started a new job as weekday co-anchor of WVEA-62’s Noticias Univision Tampa Bay. He’ll be co-anchoring the 6 and 11 pm news, alongside Sarykarmen Rivera (no relation).

Samuel’s first day on the air was yesterday. He replaces José Rivera Adrovet, who left the station last Friday.

Samuel arrives to Tampa from WVEN, the Entravision-owned station in Orlando, where he had been a weather anchor since May of this year. Before that, he was a news reporter for Univision affiliate KCEC in Denver.

Prior to Denver, he spent 4 years in his native Peru, where he helped launch news channel Willax TV. During his time there, he worked as an anchor and news director.

Samuel was previously a news reporter for WNJU Telemundo 47 in New York from 2001 to 2009.