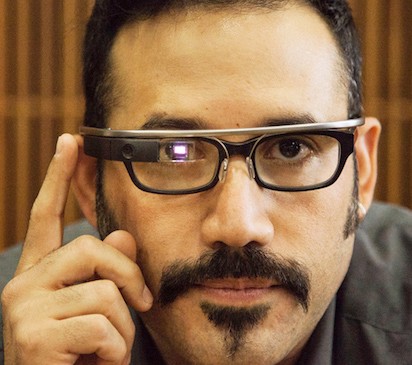 Robert Hernández, who left the news business in 2009 to take a job as an associate professor of journalism at the University of Southern California, is getting recognition for his work in academia.

The Society of Professional Journalists has honored Robert with the Distinguished Teaching in Journalism Award.

During his tenure at USC, Robert has focused on exploring and developing the intersection of technology and journalism. In 2014, for example, he conceptualized and led a class called “Glass Journalism,” dedicated to experimenting with Google Glass and other emerging wearable technologies to produce stories.

He is the co-founder of #wjchat, a weekly Twitter forum that engages web journalists from around the world.

Robert will be honored at the Excellence in Journalism 2015 conference in Orlando, which will be held September 18-20.