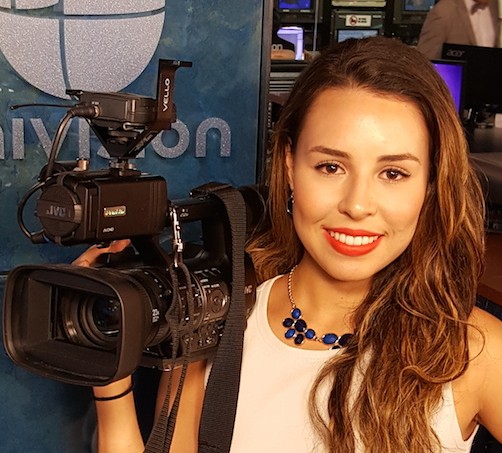 Stephanie Becerra has been given a job boost at WVEA’s Univision Tampa Bay.

She has been promoted from news assistant to Technical Director/News Editor.

In her new role, she’ll be producing, shooting and editing video for the station’s newscast.

Stephanie started at WVEA as an intern in January of 2014 and months later landed a news assistant position.

A recent University of South Florida grad, Stephanie’s goal is to become a full time reporter and eventually an anchor.