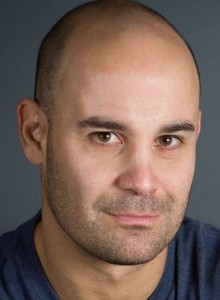 “To live in a great city, with passionate sports fans, and cover amazing teams is a dream come true,” Pablo tells Media Moves.

Pablo has been a bilingual sports anchor and play by play announcer for Fox Deportes since March of 2011, where he has been the main news anchor for daily newscast “Crónica.”

During the first five years of his sports anchoring career, Pablo worked exclusively in English for GOLTV and mun2 (now NBC Universo).

He was the main sports news anchor and soccer play-by-play announcer for GOLTV’s English channel from 2006 to 2010. That year, he moved over to mun2, where he anchored sports and entertainment show “The Mun2 Arena.”

Pablo hasn’t just stuck to sports. He’s also a SAG-AFTRA actor who has appeared in over 20 commercials and recently had stint on ABC’s “General Hospital.”

Pablo started his broadcast career as a cameraman at NBC’s WTVJ in Miami in 1999.