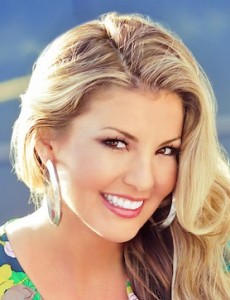 Erika Garza returns to SBS radio station 97.9 FM “La Raza” in Los Angeles as the host of her own afternoon drive show.

Starting today, she hosts “El Show de la Huerquilla” weekdays from 3 to 7 pm. She previously worked as a radio personality at the same station from 2006 to 2008.

Prior to rejoining SBS, Erika had a short stint as 6 and 11 pm news anchor for Univision Seattle. Before that, she spent a year as a sports anchor/reporter for Fox Deportes, hosting “Central Fox” & “Fox Deportes en Vivo,” and 2 years at ESPN Deportes, as a host for “Nación Espn” and “Supergol” on ESPN Deportes Radio.

She has also worked as a play-by-play USC football color commentator for Univision Radio 1020 AM and as host of “Pasaporte 2014,” a daily early morning show covering the 2014 World Cup games on KMEX 34 Univision Los Angeles.

Erika has also been an entertainment correspondent for Univision’s “El Gordo y La Flaca,” from 2010 to 2012 and a show host for Telemundo’s Levántate” in 2008.

She began her career in news at Univision Fresno in 1997.