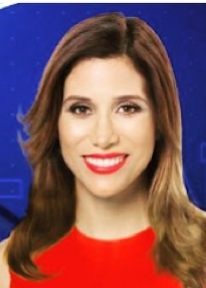 Lara-Carolina Fernández has been hired at WKTB, the Telemundo affiliate in Atlanta, as co-anchor for the 5:30, 6:00 and 11:30 pm newscasts. She now shares the desk with the station’s long-time anchor Jorge Buzo.

This is Lara-Carolina’s first news anchor job. She previously worked as a reporter, segment host and producer for ¡HOLA! TV. Before that, she was a news and entertainment reporter for América TeVé.