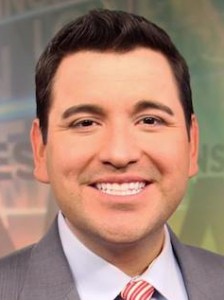 Jonathan Martínez has said his goodbyes to Fayetteville, where he worked as the 5, 6 and 10 pm evening news anchor for KNWA’s Northwest Arkansas News since 2012. His last day at KNWA was Friday, July 31.

Jonathan is moving to Houston to take over as weekend evening anchor at NBC affiliate KPRC channel 2 starting next week.

“Having the chance to do what you love and be back home with family is a rare opportunity that doesn’t always come along,” he tells Media Moves. “In this case, it’s a dream job and it just so happens to be in the market I grew up watching.”

Before KNWA, he was morning news anchor at Fox affiliate KTRV-TV in Boise, Idaho. He previously worked as a general assignment reporter at KLAS in Las Vegas and KABB in San Antonio.