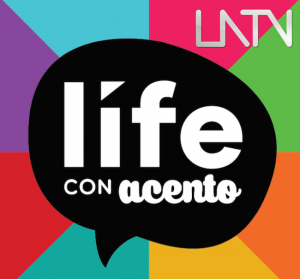 LATV will be sporting a new look starting next month. The network plans to launch its 2015 fall season with a more colorful look, a new promotional campaign and the new theme “Life Con Acento.”

“We have been brainstorming for a few months and decided that LATV brings a unique accent, an attitude to all its programming,” says COO Luca Bentivoglio.

According to Bentivoglio, the creative team’s goal was to harness that “accent” and attitude to highlight how the network “reaches the Latino millenials in a unique way.”