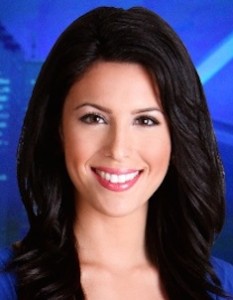 Sara Donchey has jumped over 100 markets to land at Houston’s KPRC. She is now the NBC affiliate’s 4 pm weekday anchor.

She was most recently weekend anchor at Corpus Christi NBC affiliate KRIS-TV (DMA 129), where she spent two years, before landing in Houston (DMA 10).

Sara is enjoying a meteoric rise in the business. She graduated from college just 3 years ago, starting out as a production assistant at KPIX in San Francisco.

Less than a year later, she got her first on-air job as a reporter at KZTV in Corpus Christi. She was there only two months before moving on to her first anchor job at KRIS-TV.

At 26, she is one of the youngest anchors at a top 10 Nielsen market. She started at KPRC in mid July.