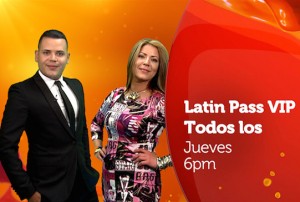 WRIW, the ZGS Telemundo affiliate in Providence, RI is adding a second locally produced community show to its lineup.

“Latin Pass VIP” debuts today at 6 pm. Miguel García and Rosa Martínez are the hosts of the show, which will air on Thursdays.

In addition to covering educational and political events, the show will feature an entertainment segment.

In April of this year, WRIW launched “Two Zona,” its first locally-produced community affairs show. Hosted and produced by Luis Revilla, it airs on Saturdays from 5:30 to 6 pm.

The station does not have a local newscast.