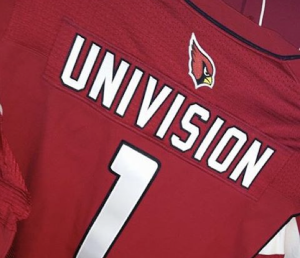 The radio stations will air all pre-game and game broadcasts starting Sunday, August 30, with the Cardinals-Raiders game in Oakland.

In addition to the game broadcasts, Univision Arizona’s radio stations in Phoenix will also broadcast two Spanish-language pregame shows: “Primera Y Diez,” summarizing all things NFL, and “Conteo Progresivo,” focusing on the Cardinals leading up to the next game.

The broadcast team of Gabriel Trujillo and former Cardinals offensive lineman Rolando Cantu will be calling the games.