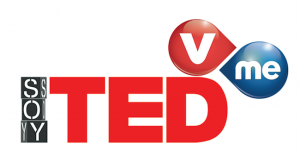 The global nonprofit that produces TED Talks and Vme TV are partnering to create a 13-episode television series dedicated to ideas that can influence how Hispanics can shape the future.

The “Soy TED” model will be a little different from the popular and influential TED talks, which are recorded during its annual conferences and then published online as 18 minute power talks.

Eduardo Hauser, Chairman of Vme TV will host and executive produce “Soy TED,” which will be recorded in front of a live audience at a Miami studio.

“With the increasing influence of our culture, we have a unique opportunity to share the wisdom of TED’s speakers in Spanish,” says Hauser.

Vme initially reached out to TED to make TED’s content accessible in Spanish on the TV network and eventually signed a partnership deal in late spring.

TED and Vme have adapted the essence of the influential talks creating a one-hour television show that will embrace TED’s spirit of learning through fascinating conversation about innovation, science, learning, food and success.

The show will feature a Hispanic pioneer and a theme and discuss existing TED talks. The guest will comment on the selected talks and share their unique insight and personal stories related to the ideas.

TED began in 1984 as a conference where Technology, Entertainment and Design converged, and today covers almost all topics — from science to business to global issues — in more than 100 languages. TED talks have been watched over one billion times worldwide.