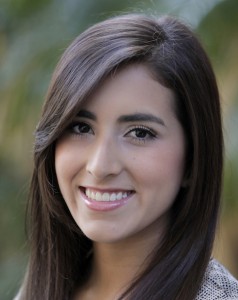 Camila Bernal has started a new job as weeknight reporter at KEYE-TV/Telemundo Austin.

She was most recently a reporter and anchor at KMID in Midland, Texas, where she focused much of her reporting on the oil and gas industry.

Prior to her move to Texas, Camila was a digital producer for WTVJ, the NBC O&O in Miami, a freelance reporter for the Miami Herald, and a weekend producer for NBC Latino.

She previously worked as a news and web producer for Telemundo Network.