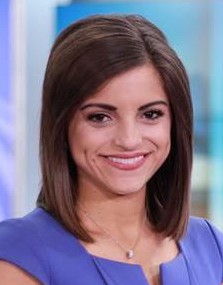 Brendaliss González has started a new job as reporter for ABC affiliate KMGH in Denver. She will also be a contributor for Azteca Colorado.

She joins the station from KSHB in Kansas City where she was a multimedia journalist for two years.

She got her start in 2012 as a night beat reporter/MMJ at KTAB News in Abilene, TX, where she was also a weekend fill-in-producer/anchor.

Brendaliss is a native of Puerto Rico.