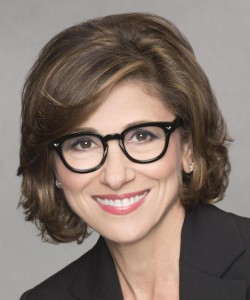 Nina Tassler will step down as chairwoman of CBS Entertainment at the end of 2015 after more than 10 years in the position. She’ll stay with CBS in an advisory role through 2017 when her current contract expires.

Tassler, whose mother is Puerto Rican, is the highest-ranking Latina in network television.

She started as VP of drama at CBS Productions in 1997 before being promoted to SVP, Drama Development at CBS Entertainment. She was named President of CBS Entertainment in 2004. Throughout her tenure at CBS, she oversaw the development of numerous network hit dramas and comedies.

According to Deadline, Tassler, who signed a new contract last year when she was promoted to chairman of CBS Entertainment, approached CBS Corp CEO Leslie Moonves about her desire to pursue other creative interests earlier this year. She helped choose her successor Glenn Geller, head of Current Programming for CBS Entertainment and CBS Television Studios.

Before joining CBS, Tassler served as the head of drama development for Warner Bros. Television.

She began her career in theater production in New York and is reportedly exploring a return to that business. She also has a book coming out in 2016.