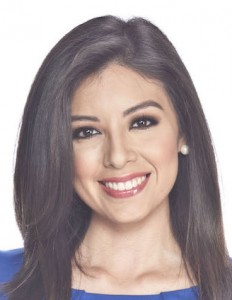 Anabel Muñoz has crossed over into English-language news. She has landed a bigger opportunity as a general assignment reporter/multimedia journalist at KABC-7 after losing her job when MundoMax took over KWHY-22’s operations and eliminated the station’s local newscasts.

She is now a reporter for the Los Angeles ABC station’s 4, 5, and 6 pm newscasts.

Prior to joining KABC, she was a reporter/anchor for Noticias MundoFox 22 from 2012 until August of 2015.

Anabel previously spent a year as a reporter for the Unvision affiliate KVER in Palm Springs.

The L.A. native started her TV career as a news assistant/assignment editor at Univision ’s KMEX-34.