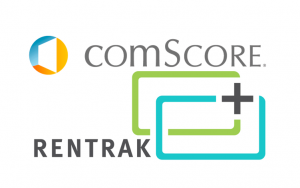 The merger is expected to close in early 2016. As part of the deal, Rentrak will become a subsidiary of comScore. Serge Matta, comScore’s CEO, will be the CEO of the combined company.

For years, media industry executives have criticized Nielsen’s audience measuring methods as outdated and inaccurate, pointing out that it fails to count delayed viewing and viewership on mobile devices and digital platforms.

“The merger of comScore and Rentrak represents an exciting milestone for our combined clients,” Matta said  in a statement. “Together we have an even more powerful ability to deliver what our clients and the media industry have long been asking for: a comprehensive cross-platform measurement currency that accounts for all the ways in which content is consumed, whether that happens on a desktop, mobile device, live or time-shifted TV, video on demand or through over-the-top devices.”

On Monday, Steve Hasker, Nielsen’s global president, said his company would have total audience measurement “by the end of the year.”