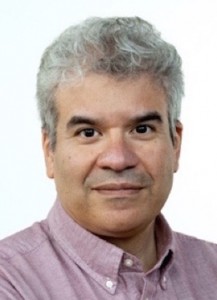 metromedia has named Frank Burgos Editor-in-Chief of Metro US. He starts the new job October 12.

He’ll be based in New York and will oversee Metro newsrooms in Boston, New York and Philadelphia as well as the company’s editorial strategy in print and online.

Burgos was most recently Senior Editor at PhillyVoice.com, a web-based news, sports and entertainment start-up covering Philadelphia and South Jersey.

“It was very tough leaving PhillyVoice. It has a sterling staff and, as a startup, has been very successful in building a large audience in relatively little time,” Burgos tells Media Moves. “But working for Metro, which is such an established and important news organization in the East Coast, was an opportunity I couldn’t pass up. There very few jobs in journalism where you are responsible for the news coverage of three of country’s most important and vibrant cities: New York City, Philadelphia and Boston.

And while we all know the challenges media companies face these days, I really think this is a golden age for consumers of the news. It’s easy to take for granted, but you can get information and news now at a 24/7 cycle that ten years ago you couldn’t thanks to the advances of technology. Our job in the media is to honor the past practices that work, jettison what doesn’t and try to innovate as every other industry has had to innovate. Keeping in mind, mind you, that our number 1 job is to report the news fairly and accurately.”

During his more than 30 years in print and online journalism, Burgos has held editorial roles at the Philadelphia Daily News, the Chicago Sun-Times and the Miami Herald.