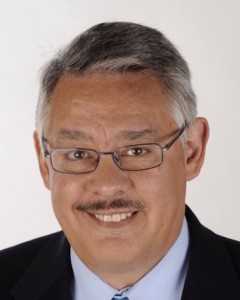 New York Daily News columnist Juan González is getting another lifetime achievement award. The Deadline Club, which is the New York chapter of the Society of Professional Journalists, today announced he will be inducted into the 2015 New York Journalism Hall of Fame.

He is the first Latino journalist to be honored since The Deadline Club established the Hall of Fame in 1975.

A former President and one of the founders of the National Association of Hispanic Journalists, Juan is among six honorees that include illustrious journalists Leslie Stahl, Charlie Rose, Paul E. Steiger, Richard B. Stolley and Max Frankel.

“For a kid from East Harlem who simply loved to write, it’s an honor to join all these legends of New York journalism,” Juan tells Media Moves.

Juan, who was inducted into the NAHJ Hall of Fame in 2008, has worked at the NY Daily News since 1987 and has co-hosted the syndicated radio and television news program Democracy Now since 1996.

His books include Harvest of Empire: A History of Latinos in America; News for All the People: The Epic Story of Race and the American Media and Fallout: The Environmental Consequences of the World Trade Center Collapse.