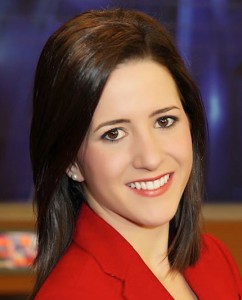 A Kansas official accused bilingual reporter Beatriz Parres of being a pro-immigrant activist and refused to answer any of her questions regarding a recall effort to remove him from office.

When Beatriz, a reporter for Univision affiliate KDCU and CBS affiliate KWCH in Wichita, approached county commissioner Richard Ranzau for an interview this week, he told her “I’m not going to do your interview for Univision.”

Despite pointing out she was also representing the CBS affiliate, Ranzau insisted he would only talk to a reporter “who works for Channel 12 only.”

“An elected official refused to speak with a journalist, specifically because she worked for a Spanish network, namely Univision. He then went further telling a local newspaper reporter he believed Bea to be an activist. It’s a baseless claim, and we’re disappointed he chose to answer in that way,” news director Brian Gregory told Media Moves.

In an interview with The Wichita Eagle, Ranzau said he would only speak with “legitimate news organizations,” insinuating Univision was not.

“I think this commissioner’s refusal to talk to Bea is an isolated incident, and I do not think we will meet with other resistance from public officials,” says Gregory.

That commissioner did end up talking with a different KWCH reporter.