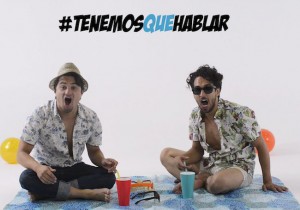 Filmed in Mexico and Miami, “Tenemos Que Hablar” is targeted specifically to billennials, the term coined by Univision to refer to Hispanic bilingual millennials.

The comedy series, which highlights the ups and downs of romance in the digital age, is available on Univision.com and Univision’s YouTube channel.

The episodes will be uploaded weekly and will remain available for binge watching via those same platforms. Ancillary content for “Tenemos Que Hablar” will be featured across social media platforms Twitter, Snapchat, Instagram and Facebook.

This web series is part of Unvision Digital’s efforts to tap the “billenial” audience.