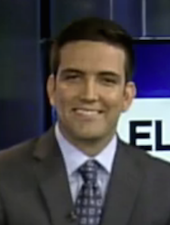 Pedro Monotoro has been named Meteorologist at WNJU Telemundo 47 New York. Today is his first day.

Prior to joining Telemundo 47, he worked as a Meteorologist for WXTV Univision 41 in New York and freelanced in Miami.