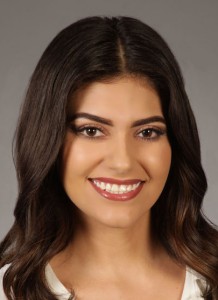 Adriana Loya has started her first on-air job. She was hired as a Bilingual Multimedia Journalist for KWCH and KDCU in Wichita, Kansas.

Adriana will be reporting weekdays for Noticias Univision Kansas, as well as the CBS affiliate (KWCH).

A graduate of the Walter Cronkite School of Journalism and Mass Communication, she was an anchor/reporter for the school’s Spanish newscast “Cronkite News en Español and interned as a reporter for Enlace 1190 AM and The Blaze 1330 FM.

She had been working as a receptionist at KTVW Univision Arizona, when she landed the job in Kansas.