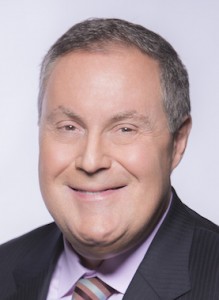 Andrés Cantor has signed a multi-year contract extension with NBCUniversal Telemundo Enterprises, securing him as a soccer announcer through the 2022 FIFA World Cup Qatar™.

The deal means Cantor will stay on as lead broadcaster and play by play announcer for Telemundo and NBC Universo for Rio 2016 Summer Olympics, the 2017 FIFA Confederations Cup™, the 2018 FIFA World Cup Russia™and the 2022 FIFA World Cup Qatar™.

An Emmy-award winner as Outstanding On-Air Sports Personality in Spanish, Cantor has covered every FIFA World Cup since Italy 1990.

His signature “GOOOOOOOOAAAAAAAL” cry during the 1994 World Cup in the U.S. popularized him, paving the way for some Hollywood work. He has appeared in movies such as “Speed Racer” and “The Muppets” and played himself in the “The Simpsons.”

Prior to joining Telemundo, Cantor spent 13 years at Univision.

He is also the owner and President of the syndicated sports radio network Fútbol de Primera.