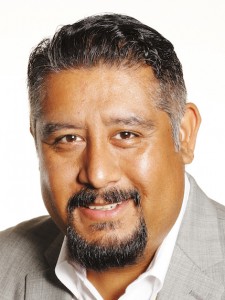 He remains based in Los Angeles and will work closely with the Endemol Shine Latino team in Miami.

Morales will develop unscripted, scripted and digital content for the U.S. Hispanic/English-speaking marketplace.

His appointment was made official today by Cris Abrego and Charlie Corwin, Co-Chairmen and Co-CEOs of Endemol Shine North America, although Morales has been on board the company since August.

Morales was most recently EVP at BIG VIDA Entertainment, where he oversaw production of the NCLR ALMA Awards and produced the Gerardo Ortiz concert film “Como Un Sueño.”

He previously spent 8 years, first as VP and then as SVP Programming & Production at Telemundo cable net mun2 (now NBCUniverso). During his time at mun2, he developed bilingual/millennial programming, including hits “I Love Jenni” and “Larrymania.”

Before that, Morales was Director of Programming and Music for LATV from 1999 to 2005.

He began producing programming for bicultural Latinos in high school when he created “ILLEGAL Interns,” a public access show in East LA which showcased music, film, comedy and political activism.