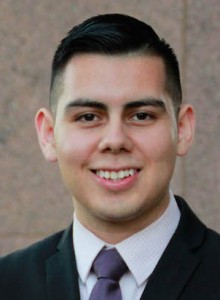 Juan Juárez has joined the Univision affiliate KINC in Las Vegas as a Multimedia Journalist/Reporter.

Prior to landing his first full time TV job at KINC, he was a 2014 NAHJ/NBC News Fellow who worked for NBC News national network news desk in New York City.